The Austin Asian American Cultural Center hosted their annual dragon boat race a few weeks ago.  I thought it was going to be something like small toy boats decorated like dragons racing on the river.  I was completely wrong.  It’s a sculling (not skulling.  That’s important) competition, with people coming from as far as Dallas and Houston to compete.  There were also a ton of cultural events.  I only got there in time for the last two, but I wish I had gotten there earlier. 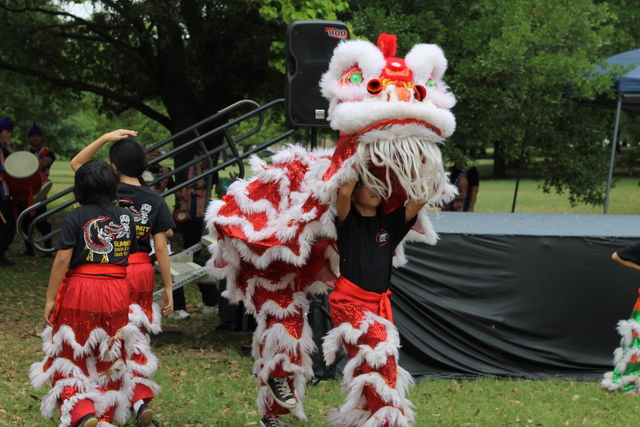 I arrived right as the dragon dances were starting.  I didn’t get a good picture of it, but the dragons were all curled up on the ground and slowly rose as I was walking through the crowd.  Best crowd walk ever!

A close up of the gorgeous dragon head. It was very friendly for a ferocious beast.  (I actually don’t know much about Chinese dragon myth, so don’t take my word for anything!) 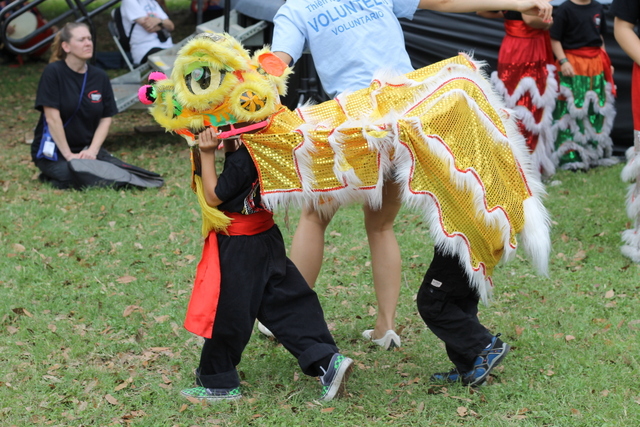 Baby dragons! So cute! This was the Summit Lion and Dragon group, directed by Thay Thuan.

The dragons grow tall! (And these children are incredibly strong and balanced! I’m so impressed!) 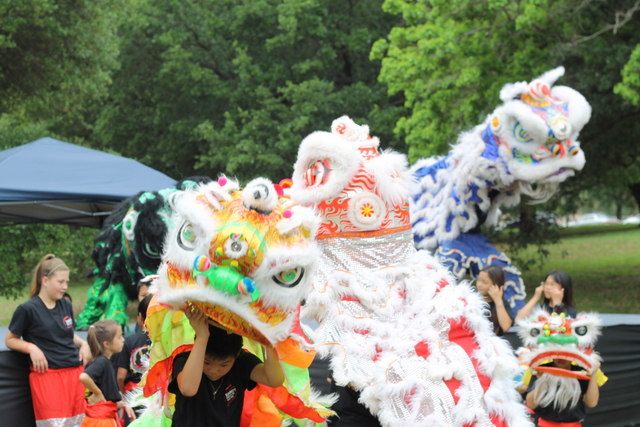 They dance together and take their final … bow isn’t quite the right word, but it’s close. 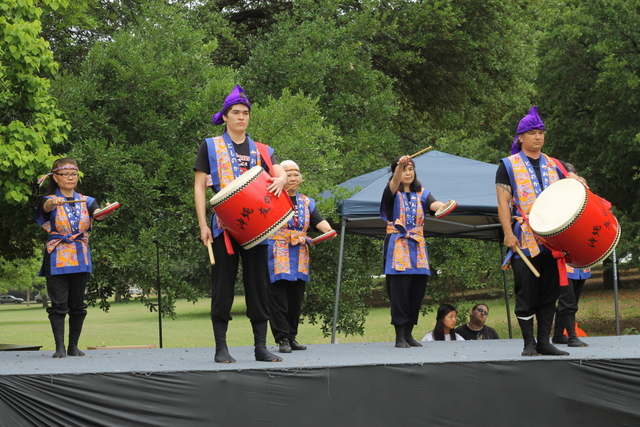 This is the Austin Okinawa Tomonokai, performing Japanese Dance – according to the program – and drumming.  I really, really should’ve done more research before this post.  My apologies!

They’re all so serious-looking! It fit perfectly with the music and the powerful feeling of the dance. 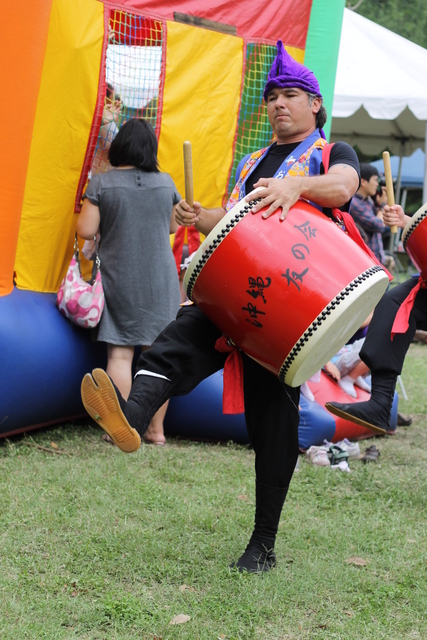 Marching around the audience.  The shoes are fantastic. Practical, yet traditional.

This was the oldest member of the group.  Doesn’t she look amazing? She was.

And one of the younger members of the group.  The women played a smaller drum than the men, with the exception of one woman who played the bigger drum. 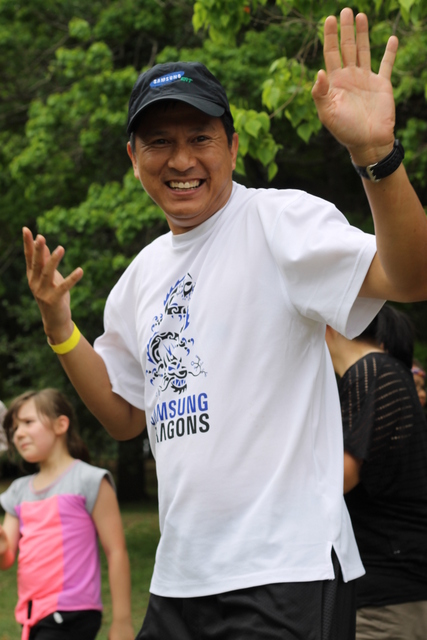 After they were done, they pulled the crowd in for dancing and even shared their drums!

My meal of sesame balls and a rose thing I forgot the name of. It was delicious. They had a ton of different Asian food. 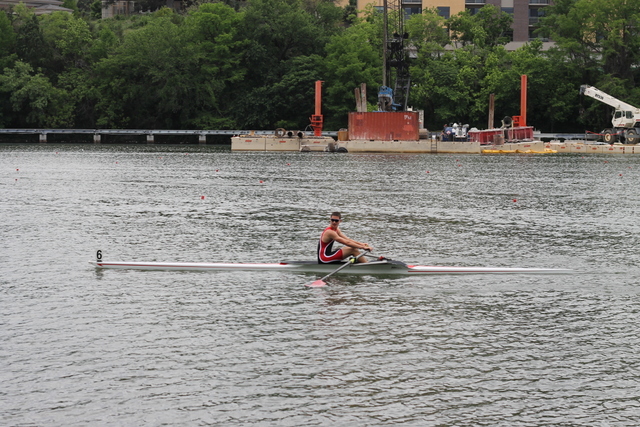 The festival was colorful and fun and I didn’t know a lot about the dances being showcased, so I’m really glad I had the opportunity to go and see these awesome new things.  I’m sad I didn’t get to see more or ask questions to learn more.   Next time!