Here’s the Natural Bridge Wildlife Branch part of our adventure, continued from the last post with Dani and David.  The Wildlife Ranch wasn’t as good as the one up in Glen Rose, which I went to about 4 years ago – they have more animals and you got closer to a bigger variety – but it was fun, you could go around the trail as many times as you wanted, and they are expanding.  All in all, not bad. There was a half-hour wait to get in.  Maybe longer.  I was having a good time braiding Dani’s hair, so I didn’t really notice.

Here’s an absolutely adorable, you would never see it on a safari, deer. I just really like this picture.

This little dude came right up to our car while we were looking at the other window.  Dani pointed over and said, “Look,” – very casually – and David turned his head and emitted this high pitched scream that rivaled any I could produce.  The animal – an ibis, perhaps? – was not rattled.  (To be fair, the car we were in is really small, so the animal was really close to David.  But it was still hilarious.)

Doesn’t this animal – an ibis, maybe? – have the most elegant horns?  Definitely a more safari-like animal!

This herd of animals – ibis, perhaps? – and a couple of friendly, hungry ostriches caused a traffic jam.  Oh, and that’s Dani, who was really excited about seeing the animals so close! 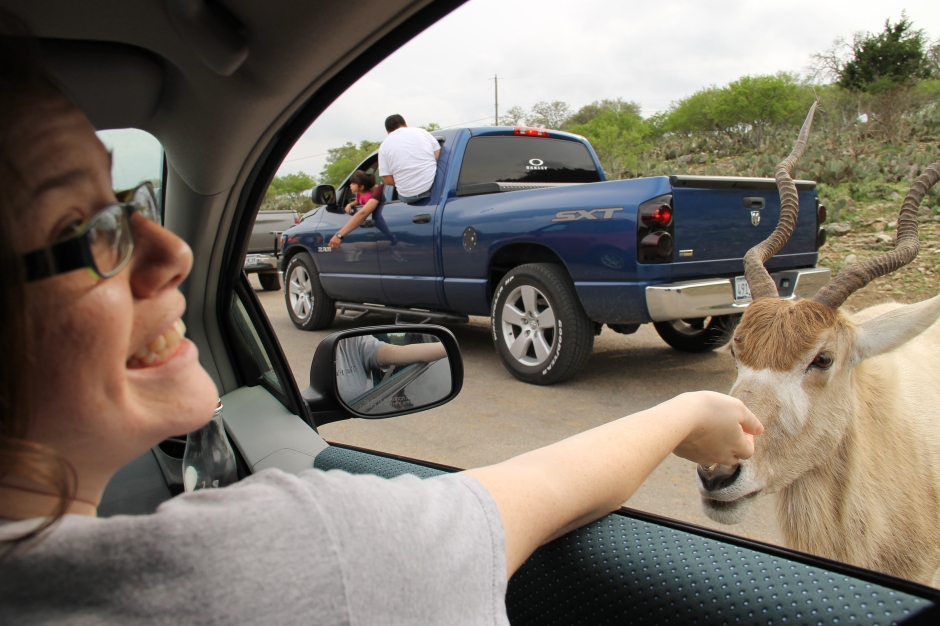 So technically you’re not supposed to feed the animals by hand, but these guys were really friendly and let you pet them just a little, as long as you bribed them with food.

My one piece of advice would be not to go in a tiny, two-door hatchback such as a Toyota Yaris (both Dani and I drive this car).  Instead, choose something with a door for every row of seats and enough room for people to maneuver comfortably.

Ostriches are fairly aggressive when it comes to pretty much everything, so most of the people chose to put food on top of their cars and roll up the windows.  We tried to do this, but the Yaris is more round than flat and the food just rolled right off.

He is both adorable and the epitome of “don’t-give-a-fuck”.

David got over his fear.

This long legged beauty – an ibis, perhaps? – is so delicate and adorable!

I wouldn’t invite a rhino out to dinner. 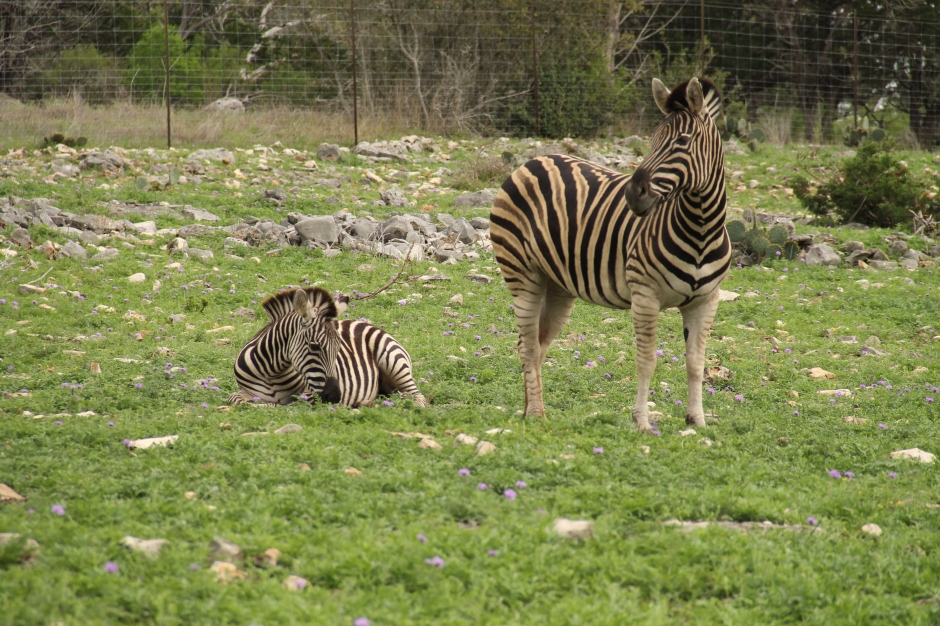 There was a sign warning about these cuties biting, but they kept their distance  from the cars.  I love watching zebras.  The stripes fascinate me, though I’ve been around enough grumpy horses to want to keep my distance.