Two of my brothers play rugby, which is a sport I really enjoy watching.  For those of you who don’t know, rugby is a sport similar to football except you play without pads and with a lot more running.  Also the terminology is better; for instance, there’s a position called hooker and a part of the game called scrumming. I would play, except I have cruddy shins and can’t run.

My middle brother had a tournament here in Austin a few months back and I, of course, took my camera out to root him on with.

You should be rooting for the people in maroon, if you’re wondering.  That is the Texas State Rugby team – the Renegades, if you will – though, sadly, they did not advance very far in the tournament.  (The green is University of North Texas.)  Though this was not their most competitive year, they continue to hold the record for the most foul-mouthed and hardest-partying team in the state. 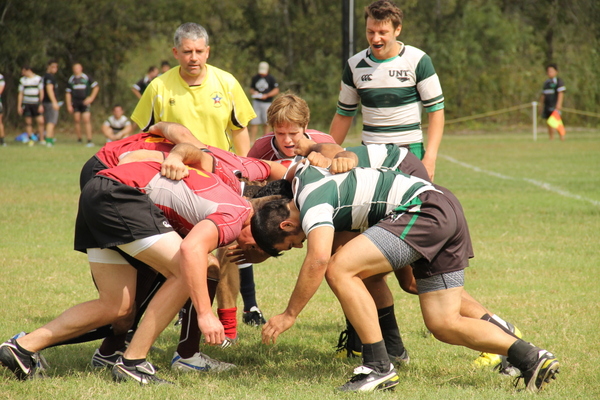 I was going to say that this is the scrum, but usually a scrum has more people and a ball somewhere. So this is a scrum-like rugby play.  I’m not actually all that sure what’s going on.

It can get pretty rough out there.  Among, er, other things. 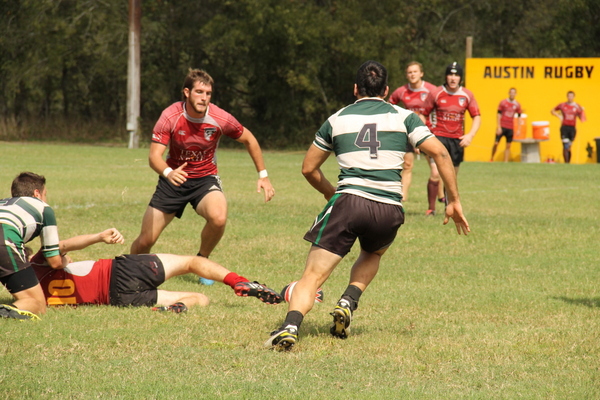 Getting taken down in rugby is rough business.  And the teammates must exact their revenge.

Pile ups happen.  Play isn’t stopped very often and it’s not unusual for multiple people to get taken down and then pop right back up only to be taken down again.

He got the ball, man, but at what cost? AT WHAT COST?

(Just kidding. There were no serious injuries in this game.) 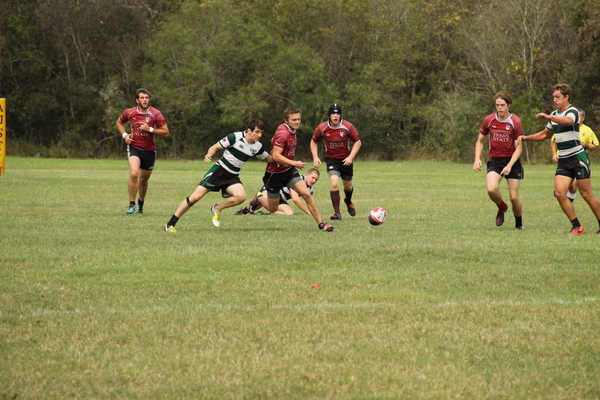 I rather think that rugby is a little quicker in the footwork than football is. 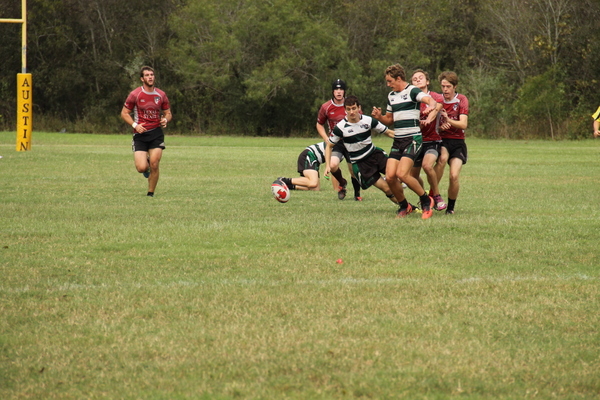 And there’s a lot of falling.

In fact, it’s like dominoes. But with college students!

And this is my little brother, Eric, the meanest, baddest rugby player of them all.