Amy’s had their Trick Olympics today!  For those of you non-Austonites, Amy’s is the Austin ice cream place (they’ve expanded to San Antonio and Houston too) where cool is the name of the game.  The Trick Olympics give their employees – who often put on a show in the store – a chance to compete for various scooping titles.  It was most excellent. 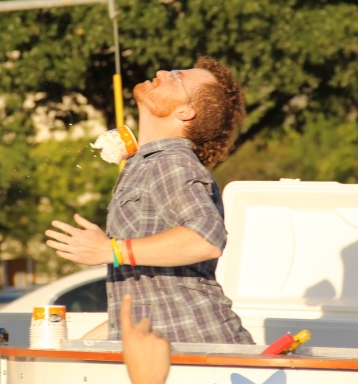 Trying for the “catch it in the mouth” trick.

This is how the  mouth trick is supposed to go. 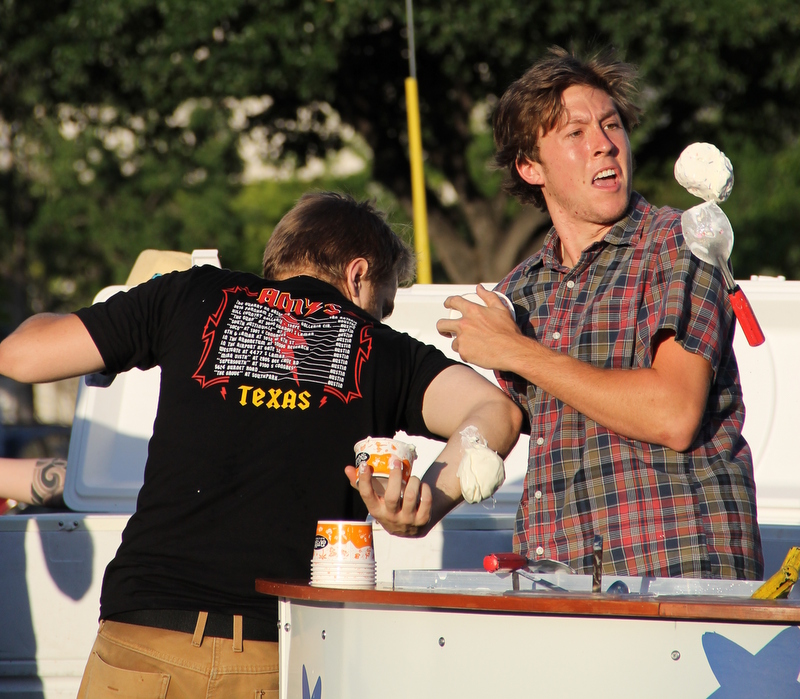 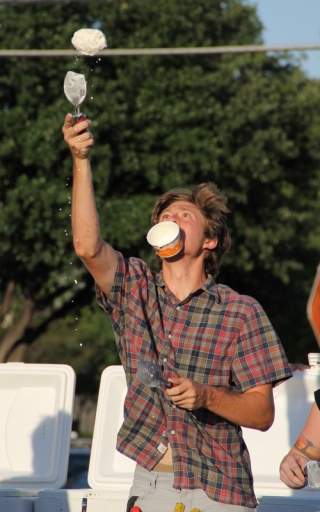 This is Star, the hula hooper and an Amy’s employee.  They’re all very talented.

It’s a messy sport but someone’s gotta do it.

Yes.  This man is juggling ice cream and a scoop.  He wins at life. 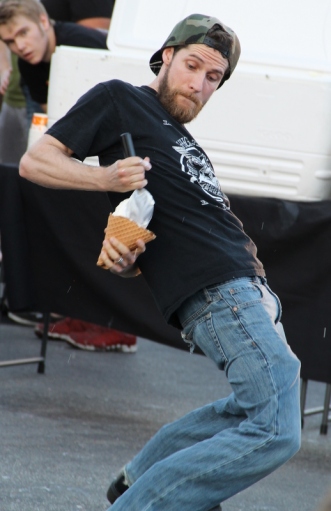 Z. Z. Tap, the other entertainment. 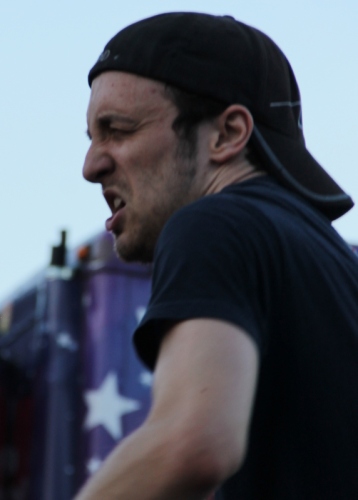 Make no mistake; tapping is serious business, yo. 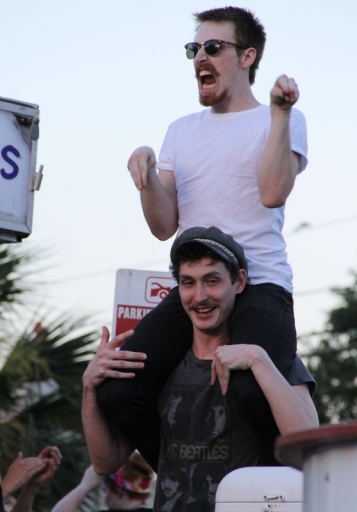 Team tricks bring out the Tyrannosaurus rex in all of us. 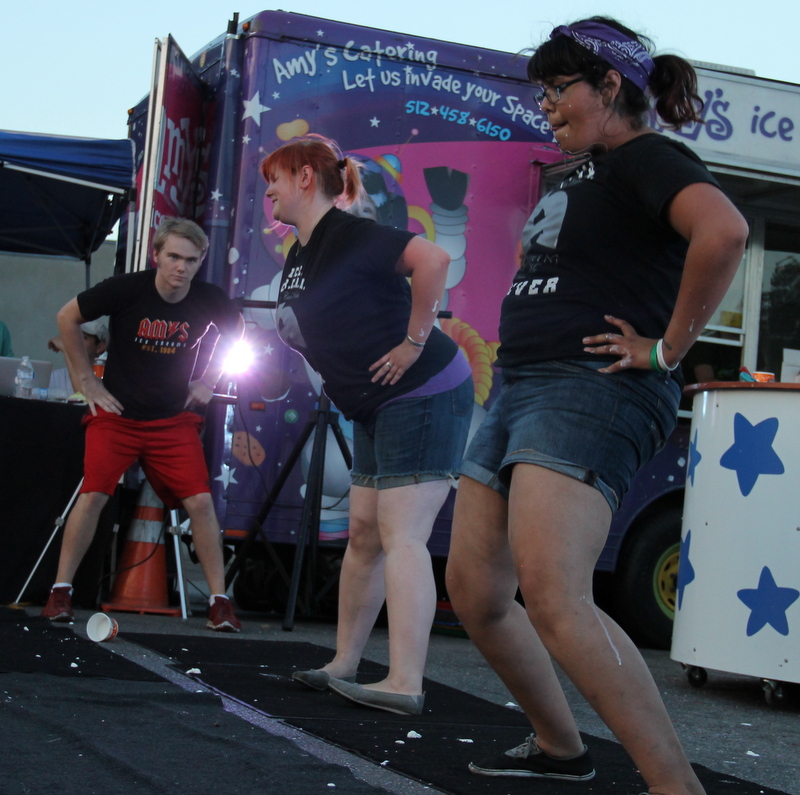 But it’s the pelvic thruuuuust! 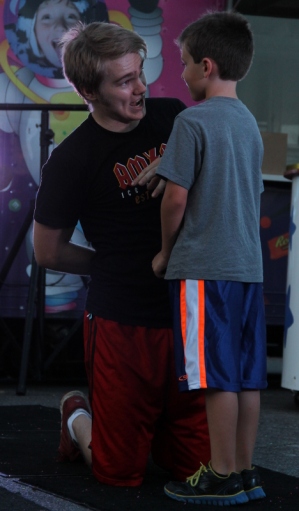 The tricks get, well, tricksy.  It was amazing.