Hello again! Sorry for the long (and unexpected) hiatus.  I spent my south o’ the equator summer doing an internship in Australia, which was excellent, but also developed a nasty kidney infection. By the time I was over it, I was back in NZ and starting school, and I’m just now getting caught up on all non-essentials.

For my first big Australian adventure, I visited friends in Perth and they took me to Caversham Wildlife Park, where I got to pet a koala! Becca took photos of me.

You can’t tell from how cute they are, but they do bite.

I don’t remember what this shy little creature was called but he was super cute. 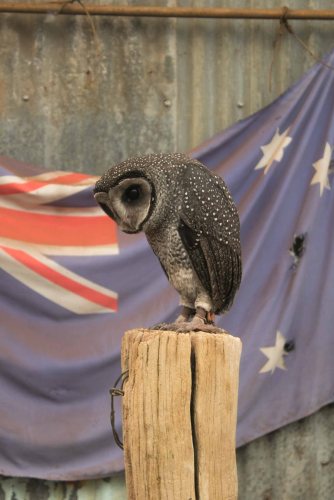 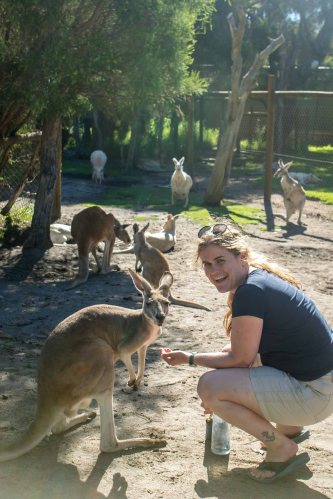 On the left, a greater sooty owl – who looks like a character from “Spirited Away” if you ask me – and on the right, a few red kangaroos and me! This was a really great day.

I also saw a kookaburra. The zookeeper was surprised when I named it – but I did a report on them in the fifth grade and apparently the cute little birds stuck with me. 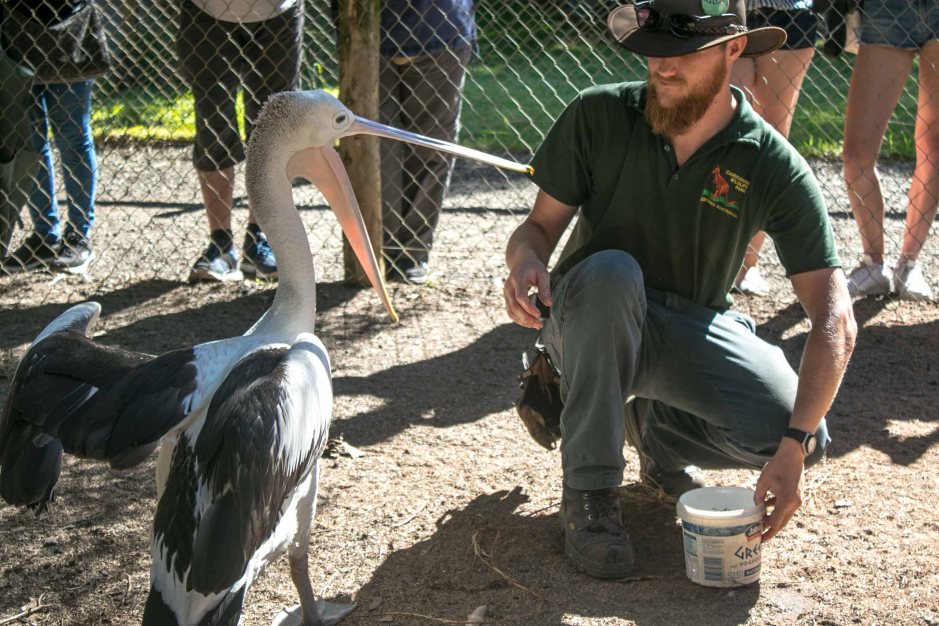 We caught feeding time for the pelican, who tried to eat everything he could, including the keeper’s gloves and hats. I was not expecting as much of a show as I got! 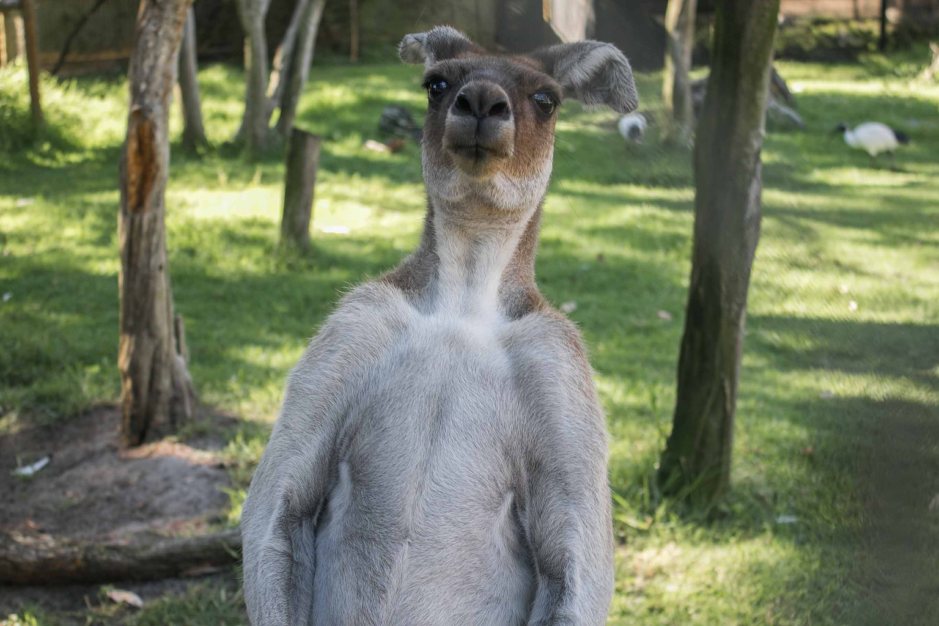 This big fella is a Western Grey Kangaroo – he’s about my height (5’3″) standing straight and not happy with me. 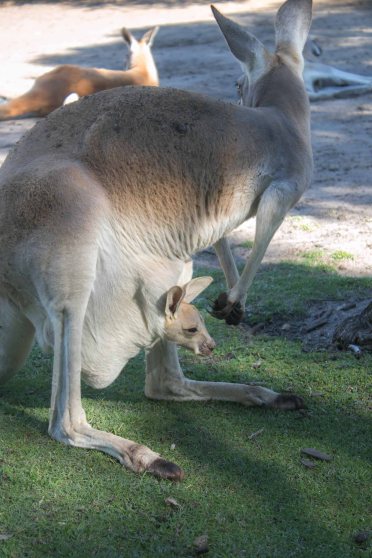 Back the red kangaroos, a cute little joey pops his head out to see what’s happening.

And finally, a dingo! It looks like a dog, but it’s not a dog.