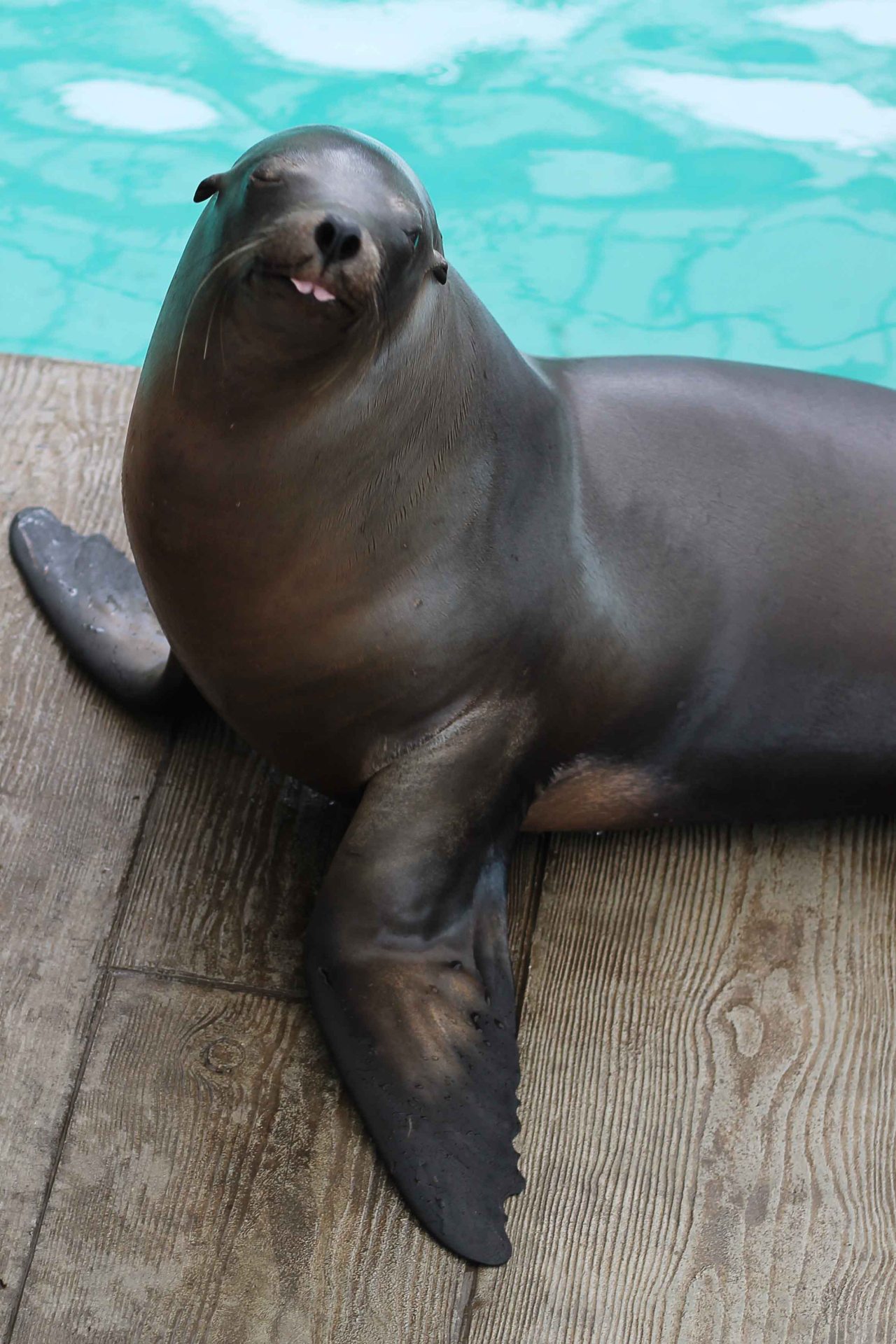 My brother is up in Boston visiting and one of the places he really wanted to go was the aquarium. I was really exhausted that day and didn’t think I would be able to make it through the aquarium, but once I got inside, I was so excited by all the penguins and fish and turtles that I got a big second wind and took tons of pictures!

Jellyfish! My favorite jellyfish exhibit is still the giant glass columns they used to have at the TX State Aquarium, but these in-wall aquariums were pretty cool as well.  Jellyfish are also pretty hypnotizing to watch.

And penguins! Right now there’s a big “Peguinology” exhibit at the aquarium, so I could’ve learned a lot about penguins, if I so chose. But, though I do know that these two lovebirds are African penguins, I skipped the info booths and just took pictures.

I have been informed that there is a good chance this is a grouper, as grouper are really ugly fish. (I love ugly fish.  I think they’re fantastic.)  But due to my sad lack of note-taking for my blog, we may never know what species of fish this fish really is.

She didn’t stay recalcitrant for long! A little girl was dangling her bright blue cap over the edge and the sea lion jumped up to play with it – I was standing right next to the girl and decided that I would rather have an amazing picture than explain to her that dangling things into animal exhibits isn’t a good idea (though I can assure you, no one, child or animal, was hurt in the making of this photo.)

This dude was the cutie pie’s play buddy.  He was much more reserved, but apparently had a well-hidden playful side.  I love the way he’s sticking out his tongue!

Sometimes I wonder if penguins are secretly the puppetmasters that rule the world, and we are merely their unwitting minions, placed on earth solely to do their bidding.

And finally, this cool little seahorse.  If you ever go to the New England Aquarium, spend some time watching the seahorse exhibit.  The way they move around is really cool but you won’t necessarily see it the first few seconds you look.

There was lots more I didn’t get a good enough picture of – sharks and stingrays and an octopus, for one.  I’m planning to go back with a better photography strategy – the water and lighting made capturing good pictures an excellent challenge.

(And, to those of you who know me, of course I took pictures of the turtles! They just deserve their own post!)

2 thoughts on “The New England Aquarium”